Be prepared for the chaos found on the course with the new Entropy from MVP. The Entropy is an overstable Putt and Approach disc designed for flights with a minimal glide and a strong finishing fade. The Entropy delivers as the overstable workhorse putter GYRO fans have been waiting for. Making its debut in Neutron Plastic and the new 10.5mm MVP Putter Class, the Entropy has the premium grip and durability to become your go-to approach or high wind putter. After an extensive development process, the Entropy has arrived and is ready to be disc golfs next premier overstable putter. 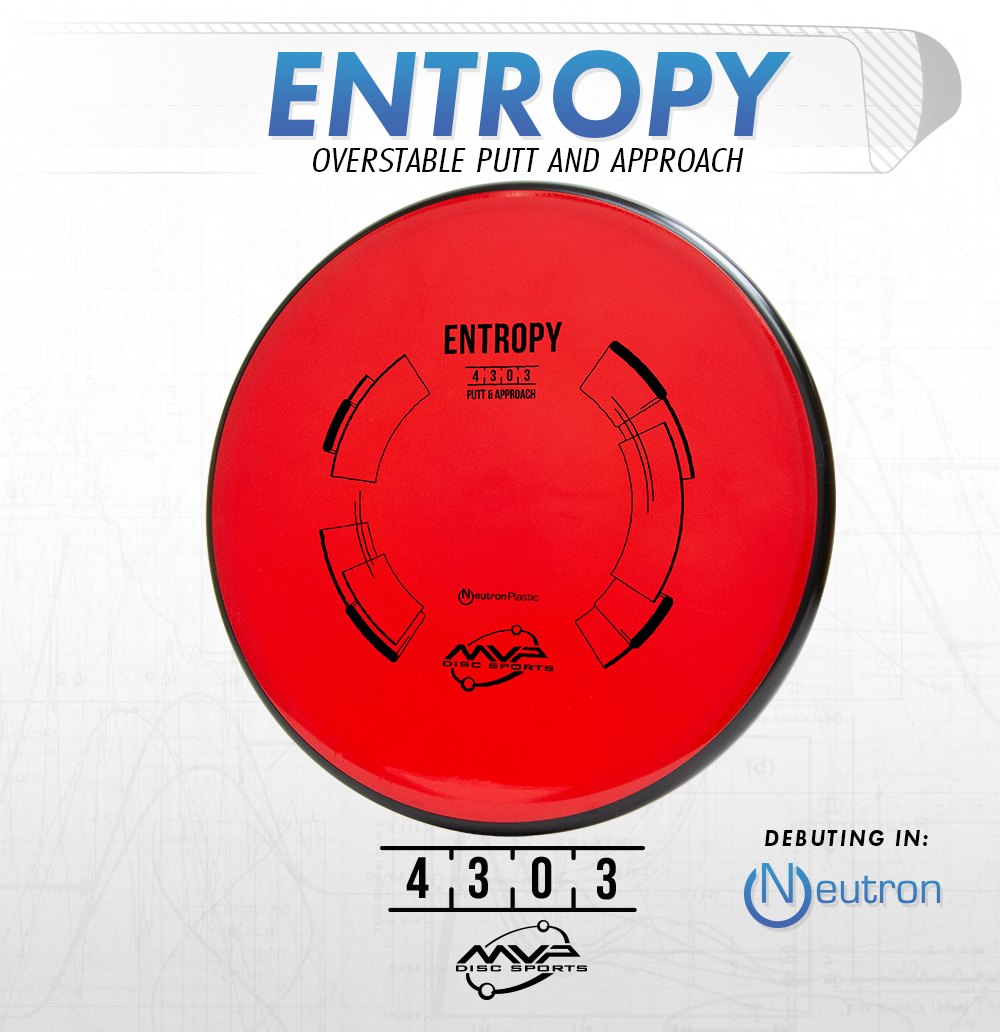